Skip to main content
Posted by Pete. A.K.A Shenanigans in Japan December 31, 2006

Last day of the year at onsen 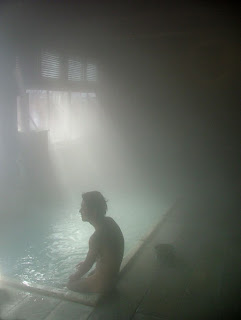 Well its the last day of the year so decided to go to an onsen with an old mate I hadn't seen for ages, Koji, one of my old students from Canon and Izumichan, a girl I met in a club a while back who also knows Koji. We went out for a few drinks last nite and a catch up. 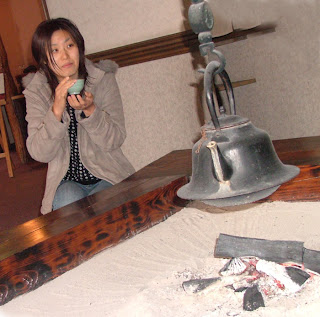 Koji and I use to often go snowboarding/skiing and to onsen (hot springs) after to chill out/warm up. Today we went to Adachi onsen in Takayu, a small onsen town up in the mountains about 30mins drive from here in Fukushima. I've been wanting to go to this onsen for ages but heard it was only open to the public until lunch time and after that only for guests staying at that ryokan (an Inn attached to the onsen) but seems its open all day now for anybody. 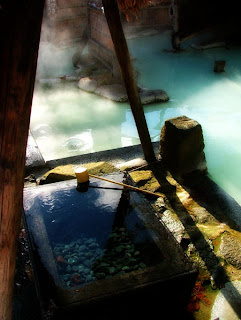 The reason I wanted to go to this one is because of the interesting layout and beauty of the rotenburo (outdoor hot spring) and also for its milky blue coloured water, which is supposed to be good for the skin and can apparently heal arthritis. It's also the largest retenburo I've seen. This onsen is a konnyoku meaning its used by both men and woman together in their birthday suits! Quite a strange activity for a gaijin (foreigner) to participate in until you have done it a few times. 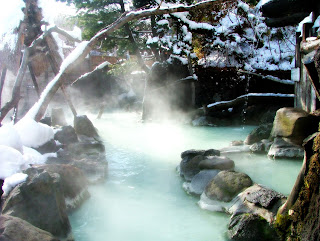 The water is usually pretty hot, around 42-45 degrees. So me and Koji relaxed for about an hour swapping stories about Thailand and other adventures with the whole rotenburo to ourselves most of the time, for some reason Izumichan decided to pass on joining us in the outdoor section and stayed in the indoor girls only section, dunno why! unfortunately no hotties bathing at that time DOH! 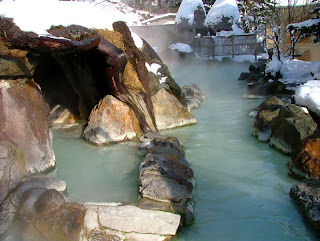