Skip to main content
Labels
Posted by Pete. A.K.A Shenanigans in Japan April 02, 2007 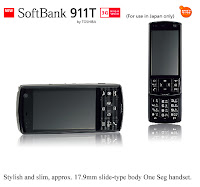 Keitai is the Japanese word for mobile phone for those who aren't familiar with the lingo. Haruna and I both changed to softbank on the weekend because they offer really cheap deals. My phone came as a set package with the new Oakley O Rokr sunglasses. They have built-in bluetooth/ear phones & mic so you can listen to music from the phones 1gb hdd and make hands free calls and all with out any wires getting in the way.
So far the O rokrs are great except for the Japanese fit which has a smaller nose piece which does not sit too well on my non Japanese gaijin nose.

The phone itself is pretty sweet. Apart from having a 1gig internal memory it also has digital one-seg tv, 3G high speed internet, 3-inch widescreen vga lcd screen which can view web pages with graphics etc. the same as a normal pc browser would, blue tooth and all the other usual goodies Java, stereo sound etc. The built in cameras quality is pretty good for a mobile cam but is only able to make 3.2m pixel photos which is a little small for most phones these days. One thing that kinda sucks is that it wont read mp3 files. I still don't know why a lot of phones won't read them as it would make life so much easier. It does however read mp4 so any video and music files can easily be converted for use in the media player or used as ringtones etc.

The other great thing about softbank is that its free to call anyone else with softbank for free between 1am-9pm. They throw in 1 or 2 months free internet use including unlimited downloads/email. E-mail to other softbank users is free anytime anyway. Speaking of e-mail, I still don't understand why the rest of the world uses sms instead of email as standard for their phones. If anyone knows please fill me in. 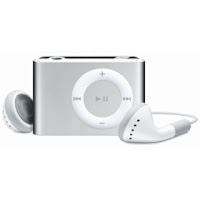 Last but not least my friend Sayaka who works at softbank threw in the brand new 2nd gen Ipod shuffle for free when we joined up! This is the worlds smallest mp3 player. It holds 1gb of songs and has a buit in clip so it can be attached to your clothing. Its perfect to use at the gym instead of my other much heaier 3rd gen regular Ipod. 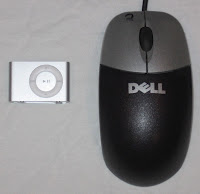