Skip to main content
Labels
Posted by Pete. A.K.A Shenanigans in Japan January 18, 2008

Recently took a trip down to see the Tokyo Auto Salon 2008 (which is actually held in Chiba, near Tokyo) I had been wanting to go see this massive tuning car show for a long long time and finally got the chance this time and wasn't disappointed. I went down to shoot the Tokyo motor show just a few months earlier. They are similar in size but the motor show is for showcasing the newest cars and concept cars whereas the auto salon is for custom and tuners to show off their crazy rides. 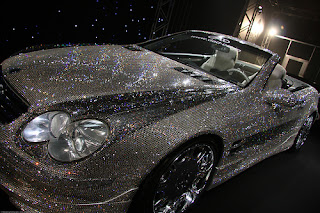 Stu & I left to head down there at 3am on a 10 seater van that our mate from the Nissan garage rented out. Met old mate Samie there and as usual he was up to his usual tricks and before we knew it we were right at the front of a long line of people waiting to get in. There were 4 huge halls packed with hundreds of amazing cars and amazing girls to model for them. 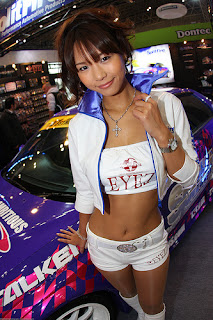 Outside in the car park were the boys from the D1 (pro drift gp) doing some demo laps around a small but fun looking track and got to have a chat with a few of them through out the day. Also met up with one of Samies mates Tomo who is half Japanese half Lebanese. This guy is one crazy mofo and one of the funniest dudes I've met. I wont go into all the antics here but you can get an idea from the photos. 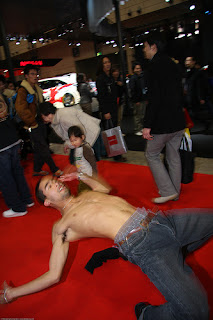 Went out for a play around in Shibuya that night and ran into another photographer from Australia and a few other guys shooting around the place. The next day I made my way down to Yokohama to catch up with a couple of old buddies I hadn't seen since I was in Australia. 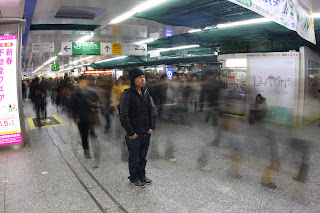 Kemmoku & Yokata who also used to live on the Gold Coast. After a good but quick catch up with Kemmoku and a little shopping at a huge 4 or 5 story Yodabashi Camera shop it was on to Kawasaki city to meet Yokata. Met his misses Erisan and little baby girl Lilichan and had fun catching up and sinking lots of beers and vodkas. 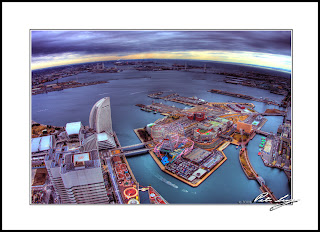 The next day was spent strolling around Yokohama city in the freezing wind. Went up to the top of Japans tallest building, the Land Mark Tower for amazing views of the city and even to the south alps in Nagano prefecture. Unfortunately had to get back to Tokyo to catch my 5:30 bus to bring me back up to home. But had lots of fun, met a bunch of cool people and got a couple of pretty good shots also.