The tail end of Typhoon Bolaven is still blowing pretty hard outside now. The typhoon didn't turn out to be as hard core as first expected. Rumors were going around that it was supposed to be the biggest typhoon to hit Okinawa in 13 years. Although it did kick up some serious winds I think last years biggest one still takes the cake as the most wild weather since I moved to Okinawa almost 3 years ago now.

Never the one to pass up seeing and experiencing some of mother natures angry side, I packed up a light camera kit consisting of a Canon 5D mkII, Canon S95 and good ol trusty iPhone 4s and head out to try and capture some of the typhoons effects on the island.

To kick off with here is a little iPhone video clip I filmed while I was at Zanpa Misaki the first time as the typhoon was still building up strength.

It was almost impossible to see what I was filming or shooting most of the time thanks to the salt water stinging and battering my eyes. Just before I filmed this clip the force of the wind blew me back a few meters onto some precarious sharp rocks just as I peered around this large rock for a glimpse of the rough seas. Not the smartest place to be during a typhoon but hey, I'm a sucker for extreme weather.

Here are some images I made from the few days during Bolaven as all my wedding's were canceled so I had plenty of free time. 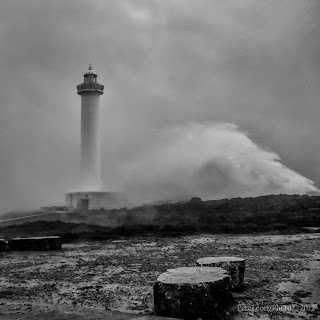 Some monsters crashing high above the 50 foot cliffs! 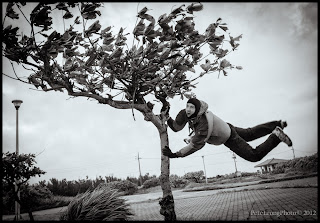 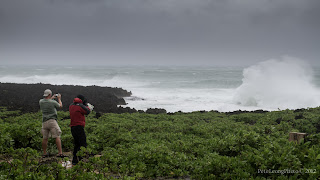 David Orr and Chris shooting some of the action above. Mr Wilson looking the part, shooting along the cliffs toward the  Zanpa lighthouse 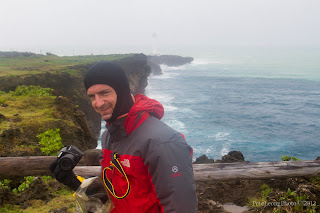 Exploring Hamahiga island as the typhoon was building. 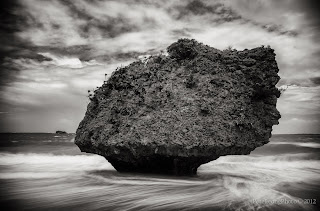 Went to have a break and some American lunch on White Beach navy base and found some beautiful seascapes along the beach. 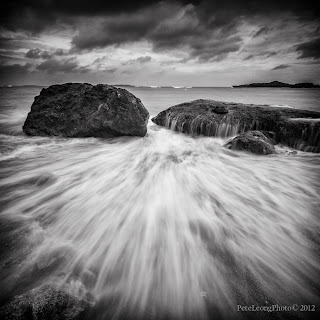 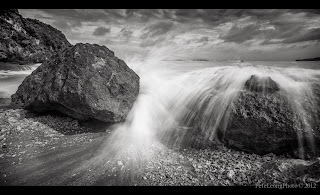 Sunset as the typhoon comes over a beach near home. 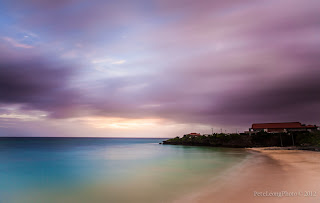 It looked like scene from another planet at Zanpa 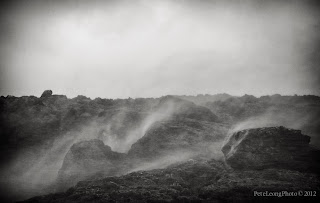 Looking down on the ocean far below at Tengan with David Orr. Almost impossible to get a shot facing into the wind as the sea water and rain slams my face like needles. My Fujifilm X100 put up a great fight and keep working even though it got pretty drenched. 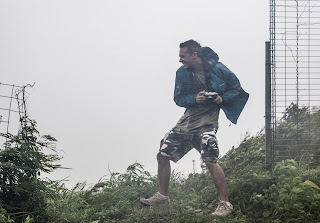 The main lesson I took away from this adventure is always always take goggles and extra towels when shooting typhoons! Till next time..

Also drop by and check out the great work of fellow Okinawa photographers
Chris Wilson at http://www.travel67.com
and David Orr at http://orrokinawaphotography.zenfolio.com