I recently had the pleasure of covering the 2012 Naha Tug of War for the American Chamber of Commerce Okinawa. The Tug of War festival is a yearly event held by Okinawa and the rope used is recognised by the Guinness World Records as the world’s largest rope weighing in at over 40 tons and 200 meters in length. Record crowds made it out to see and participate in the event this year with around 275,000 people attending the festival and over 20,000 people actually participating in pulling the rope for the two teams, East & West. In the end the West team won by pulling the massive rope to their side of the goal.

As I was there as the official photographer for the American Chamber of Commerce I was able to get in past the police barricades right into the thick of the action. Even then though it was almost impossible to capture the action at eye level so I used a long monopod with my new Canon 5DmkIII and Canon 8-15mm fisheye lens attached on the end. I then ran a cable release from the camera held up high down to my hands so I was able to trigger the camera a couple of meters above the crowds to capture a different perspective.

Here are a few of my images from the day.


First off the Ryukyu Karate masters. They did a a bunch of solo demonstrations showing their style as other Karate masters threw extremely loud fire crackers into the large circle where the crowd was gathered around. The strong wind blew several of the crackers towards me and a few went off around my legs burning some hair off my leg lol. My ears were ringing for the rest of the festival from these wicked noisy Chinese crackers. 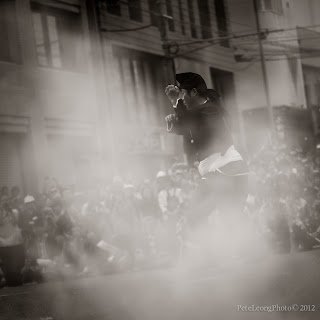 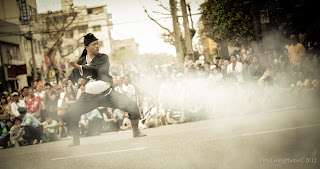 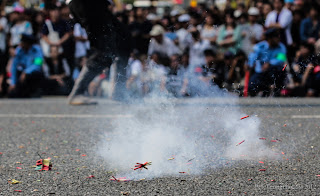 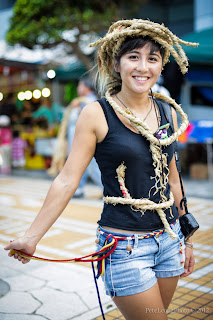 Looking down on some kids as they passed by in the parade. 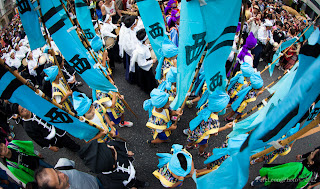 Looking back at toward the VIP area with the police and various Karate
participants before the Tug of War.

Some other festivities where the men would try to balance these huge heavy looking sticks. It was quite dangerous to shoot as they were falling all over the place. But very exciting to be up so close! 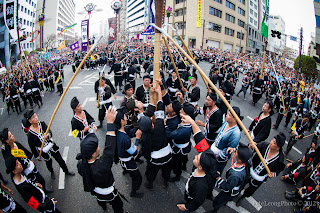 Some of the 20,000 participants pass strands of the smaller
ropes back to begin the Tug of War.

A huge ball hoisted high above the crowd opened releasing lots of
balloons onto the thousands below.

Looking to the West side from the middle of the 200m long rope. 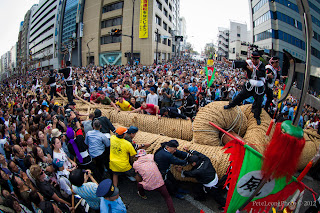 The East side doing their best. Better luck next year! 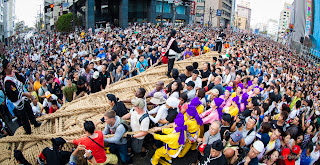 The West wins the day! People back as far as the eye can see. 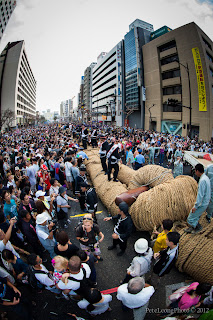 After the event there were about 20 or so large cranes brought in to
move what was left of the giant rope. 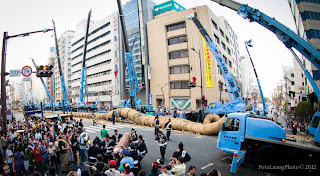 If you get a chance while in Okinawa you should make the effort to get to Naha city for this amazing festival. It's quite a sight to behold indeed. Thanks for dropping by!
Labels: ACCO Naha Tug of War

Anonymous said…
Pete: Great blog, verbiage and photos...Best of luck and look forward to working with you again.