Return to Fukushima | 2 years after the tsunami 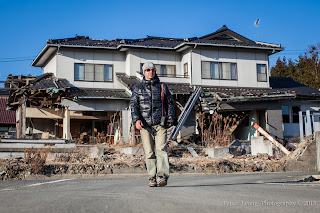 Today marks the two year anniversary of the earthquake and tsunami that wiped out so many houses and took so many peoples lives along the coast of Fukushima. Before moving down to Okinawa about 3 years ago I lived in Fukushima for about 10 years as a photographer and taught some English for a few years also. It's such a beautiful place abundant with natural beauty. 4 very distinct seasons makes it perfect for photography, world class snowboarding and skiing in the winter and amazing onsen "hot springs" dotted all over the mountains.

I remember during the time of the tsunami I was photographing a pre-wedding shoot on the beach here on Okinawa with a couple from Taiwan when one of their friends came running down the beach shouting something about a big tsunami and earthquake in Fukushima.

Its funny that I'd never heard Fukushima mentioned once since living down here and most people had never heard of the place. I immediately tried to contact friends and family still up in Fukushima as thousands of others were no doubt doing the same. Needless to say there was no answer as the phone lines were either all tied up or there was no power etc. Eventually though we did get through to my in-laws and thankfully they were all ok as they live further inland not too far from Fukushima city. Other friends parents were not so lucky. Some lost forever in the anarchy, some instantly homeless. 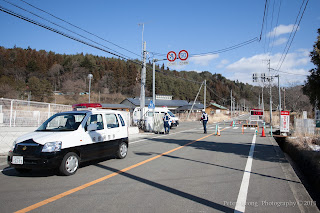 My family and I returned to Fukushima recently to catch up with friends and family. On one of the days there my wife and I took a trip out to the major effected areas to document how it has changed 2 years on and this is what we found. 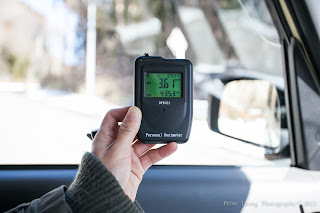 On the way out to the ocean side we ran into a few road blocks were areas had high levels of radiation. We had a Geiger Counter with us to keep on eye how the different areas had different levels. Around Fukushima city the average was 0.19uSv/h which I'm told is relatively fine. In certain areas though we saw it spike as high as 4.4uSv/h which is very bad. We had to retrace our route back 20km to find a different way to get to the seaside.
Heading into the danger zone. 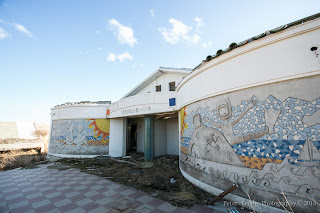 Haramachi seaside park or whats left of it. We used to go camping around here, its a popular place for surfers and families from all around would come to enjoy the beach and nice camp area. The toilet and shower room is all that's still standing now.
You can see below one of the sinks in the toilet caked with sand. 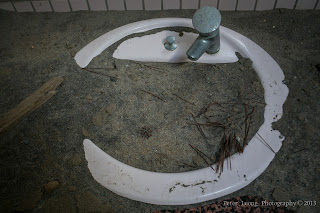 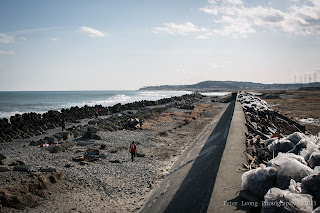 Some volunteers still cleaning up rubbish and debris from the beaches.

Until just recently there was a 20km roadblock around the nuclear power plant. Now it has just been opened up to a 10km radius. As soon as we crossed the 20km radius there was a huge difference as this area looks to be pretty much as it was since the tsunami. Ghost town after ghost town with the only sign of life to be found were scavenger birds, cats and a few police patrolling the area on the look out for people trying to loot from the deserted houses and shops. 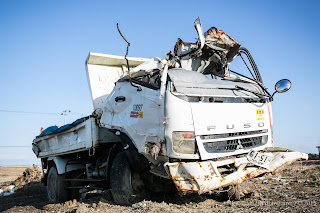 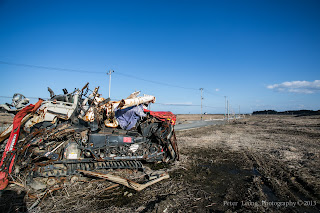 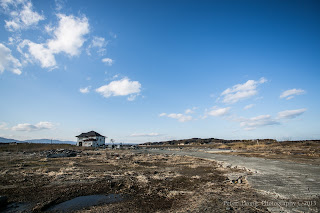 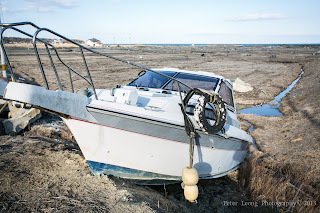 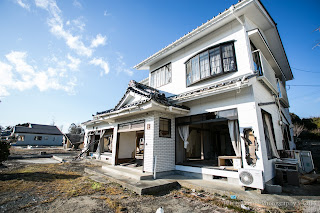 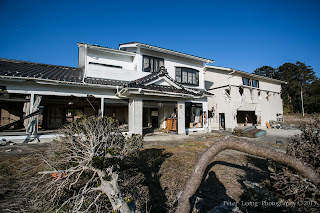 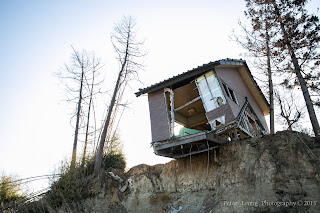 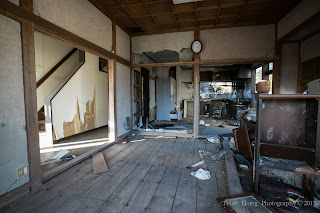 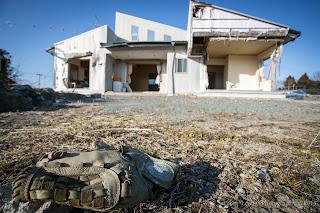 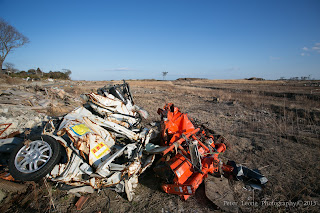 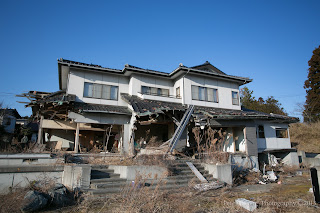 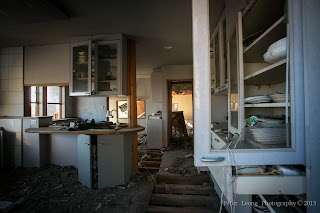 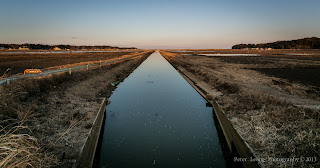 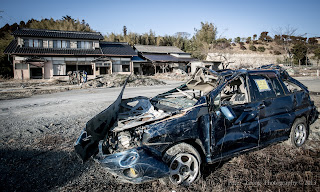 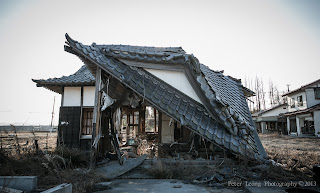 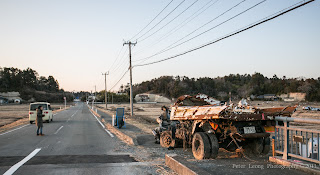 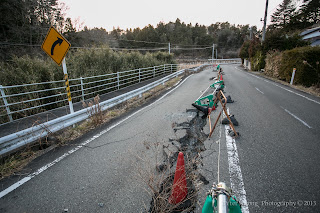 So as you can see there is still a very long way to go. I can't imagine this area ever being populated again. Its such a shame as its such a beautiful area.

This is how our beloved Haramachi seaside park looks today. Thousands of Tetrapods have been made and moved into the area in hopes of preventing this kind of destruction from happening again. 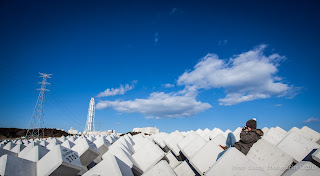 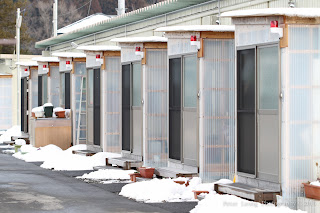 Temporary living quarters have been set up in various surrounding areas for those who have been left homeless. People are only allowed to return to their houses to collect whats left of their belongings at certain times. This temporary housing set up in Iino Machi where I lived with my wife's family just out of Fukushima city. They are very small and basic but better than nothing.

Hopefully in time the radiation will clear and rebuilding can begin. Efforts are being made around my old home of Iino machi to ride the area of radiation by washing down all of the houses and removing and replacing polluted dirt from gardens with fresh soil. Where does all this radiated dirt go? I found several huge pits dug out around the area where they bury the radiated waste. I don't know if this is a fix or a just a temporary measure to limit the amount of radiation in the air. For now though people for the most part in Fukushima are going about their daily routines as normal from what I found.
Many friends in Fukushima asked me to get these photos out to the public and to let them know that they still need lots of support to get things back to the way it used to be which was a beautiful, peaceful and clean place to live. With awareness, continued help and funding hopefully Fukushima will return to being the beautiful place I remember it was before.

Unknown said…
Great post Pete. As you may recall, I lived in Kyoto for about 15 years and it's my wife's hometown. There is so much beauty in Japan. Hard to imagine such destruction.
11:59 AM