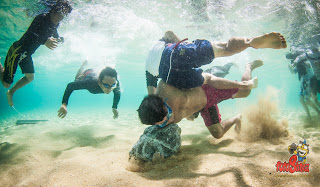 Rock Rugby is a new sport that I recently found out about going on here on Okinawa. It's roots come from the surfers training to hold their breath and endurance underwater by holding heavy rocks and running along the bottom of ocean along the sand carrying them.

Rock Rugby is basically like that except you have a team of other people coming at you in slow motion about to tackle and try and get that rock from you best they can. As soon as you run out of air you have to drop the rock and get to the surface for a quick breath before heading back down to the bottom to get that rock to your goal on the other side by any means possible.

Pretty much the only rules are that you cant hold around the head or hold people down. Once I put the camera down and had a go for myself I found that it was lots of fun! At first anyway, being that my cardio right now is not all that great I found myself gasping for air every few seconds after fighting for this thing over and over again. I did get a few scratches and dropped the rock on my leg at one stage which does not feel good but all in all great fun!

Rock Rugby events are held each week in various locations around Okinawa. Mostly at beautiful Ike island as the sand there is perfectly clean and smooth with no Sea urchins, coral or sharp rocks to stand on. But they will also be playing out in the Keramas on Zamami island later this month which is an even more beautiful location to play in.

Here's some of the action that went down on Ike that morning. 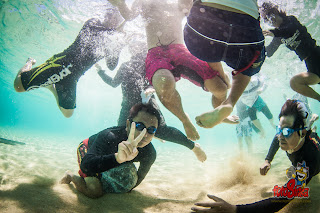 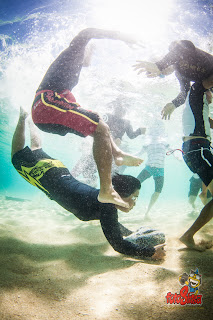 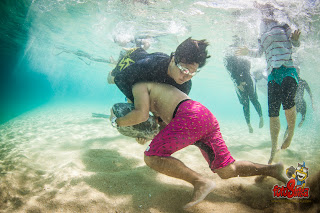 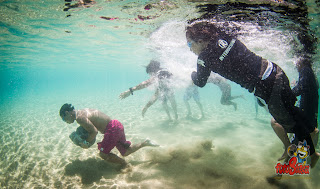 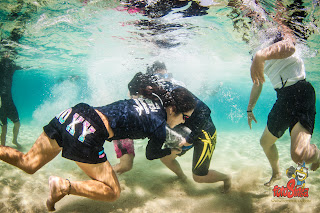 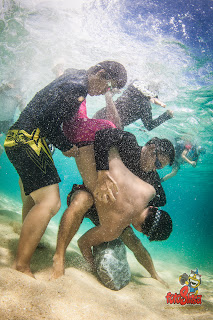 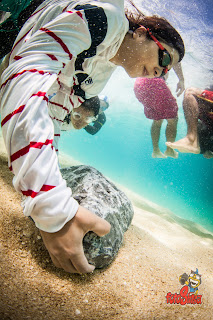 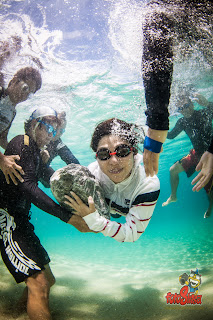 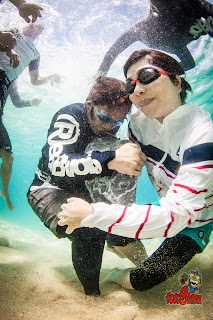 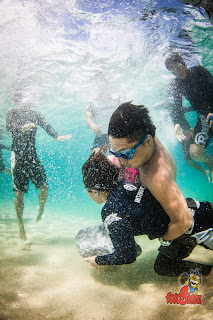 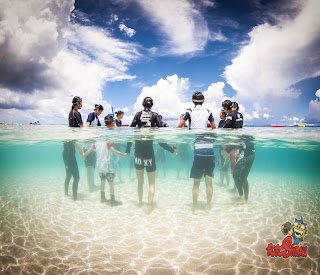 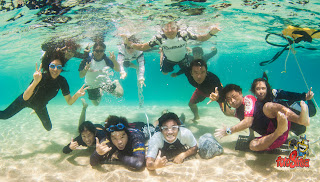