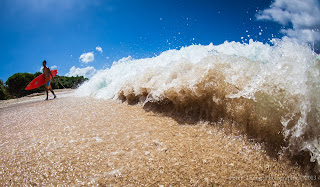 Many people when they think of Okinawa think of the beautiful beaches and world class diving but most don't realize there is some great surfing to be had around this little island as well.
Inspired by people like Clark Little I decided to get out in some small shore break just near my house in Yomitan to try and catch some of mother nature doing her thing. Although not the biggest waves this day by any means it was still a good chance to get in it and get thrown around a bit all the while trying to not smash my Ikelite dive housing on the coral and sharp rock.

The difficult part is keeping those pesky water drops off the front of my underwater housings large 8 inch front dome port housing the Canon 8-15mm f4L fisheye which is attached to a Canon 5DmkII.

Right now I just use the "spit and dunk" method which involves rubbing some spit on the front dome, giving it a quick dunk then quickly frame, focus and make the shot hopefully before too many water drops form on the dome. I have heard of other methods such as rubbing raw potato on the dome but have not tried other methods yet as I usually only use the housing for scuba and snorkeling as it is a dive housing and quite heavy for holding above the water.

For this reason I'm currently looking at selling my Canon 7D and putting that money towards a surf/splash housing for my 5DmkIII.

Anyway here are just a few first attempts at catching a few small waves as they crash on the Okinawa shores. 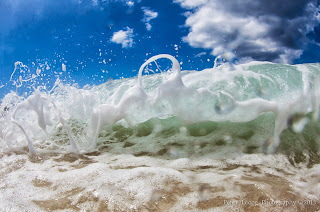 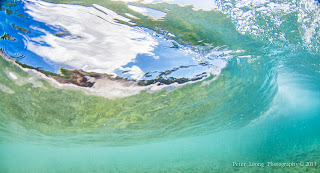 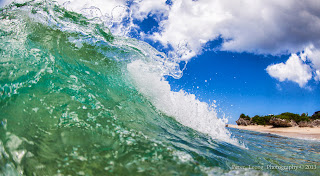 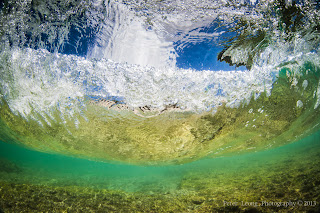 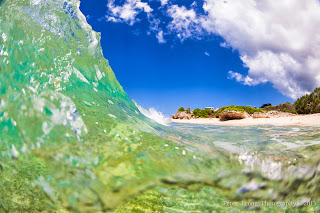 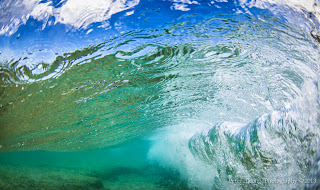 Interested in coming to Okinawa for a surfing or stand up paddle trip? Need a guest house with a pro surfer, great guy and someone who knows all the best areas to surf in Okinawa? Drop by my good mate Danny Melhado's Facebook page for his company Happy Surfing Okinawa. https://www.facebook.com/happysurfing.okinawa?fref=ts