Headed out with a few good photographer mates the other day as typhoon Francisco was passing Okinawa on its way up to mainland Japan. These are my absolute favorite times to get out shooting seascapes as there are monster waves smashing up on the Okinawa coast lines.

The following day I was out shooting a 4 location pre wedding shoot with this great couple from Kazakhstan below. As you can see the waves at Cape Zanpa were quite epic as well. More photos from this photo shoot in a following blog post. 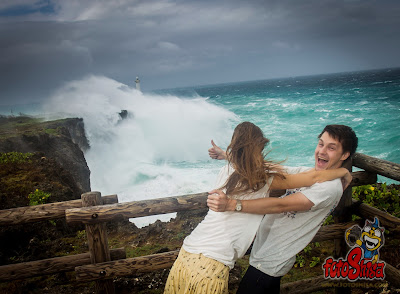 Here are a few of the shots from the video above. 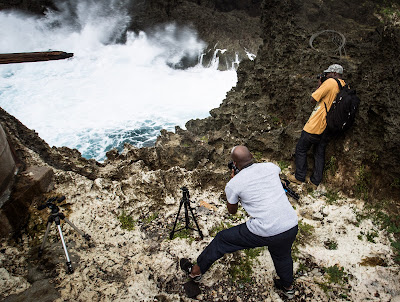 Behind the scenes as Mickey and Emerson catch some of the action. 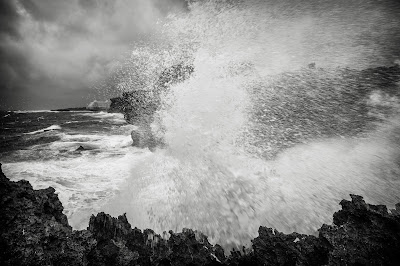 A rouge splash coming straight for me

Used shutter speeds of around half a second for this one. 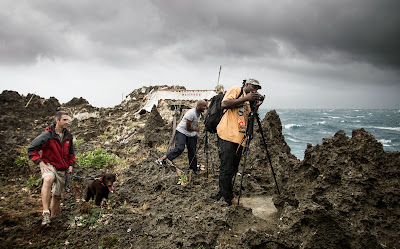 Chris and Bear also came out to check out the waves. 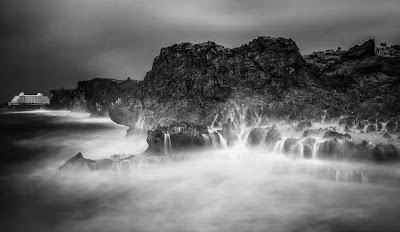 Slowing it down to 10 seconds with ND500 filter makes things look very different. 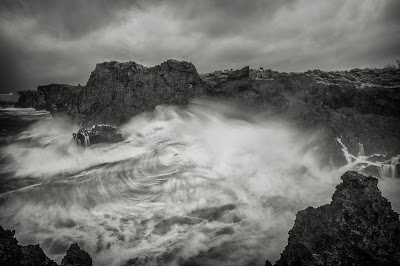 An ND8 filter was used to get this look. Processed in Nik Silver Efex Pro

We managed to keep the camera gear pretty dry for the most part. I was overly nervous with my Canon 5D mkIII as I just got it back from Canon getting fixed. I took a nasty splash of sea water with it while shooting a Kite Boarding shoot a while back and it cost me 34,000yen (about $350US) to get it fixed! So for this shoot I took my 1DmkIV along which can hold up a lot better in nasty conditions like this.

For shooting in typhoons, rain, water and any other less than ideal conditions I've just invested in a new underwater soft housing for my 1DmkIV and 5DmkIII. It's made by a company called Outex and their products look to be high quality and easy to carry around for traveling. About half the price of a "hard" underwater surf or dive housing at about $600US or so but I did order quite a bit of gear and accessories for it including a flash housing. I'll be doing a video review with the Outex housing once it arrives from the States and comparing the advantages and disadvantages when compared with my Ikelite dive housing.