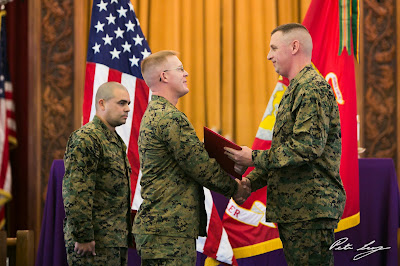 I recently had the pleasure of photographing my good friend and fellow photographer David Orr's retirement ceremony from the US Marines. Although this was my first time to shoot this kind of event, David was confident I could do a better job then the people who would normally come to shoot these kinds of Military events and I was happy to hear that apparently I did.

Compared to shooting weddings it was pretty much a walk in the park but I still had to be sure I wasn't going to miss any of the important parts of the ceremony like the receiving of the flag and other awards. The ceremony was originally planned to be held outside but unfortunately the weather was a bit grim on this day so it was decided that it would be held in the church on Camp Foster base.

The church created a bit of a tricky situation to photograph in as it was quite dark, high ceiling and the auto white balance of the camera was having a hard time getting correct colour thanks to the mix of nasty colour temperatures from the various lights in the church. Luckily I had with me the new Expodisc v2.0 that my great supporters at Expo Imaging had sent out to me. So after a few quick white balance settings I was pretty much good to go. 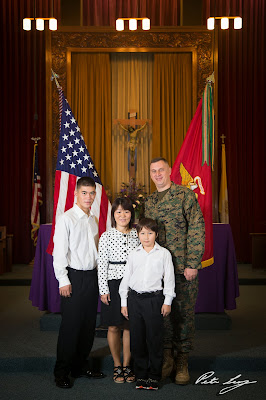 We had a little time before the ceremony began so we set up a couple of quick family photos. To light the portraits I used (again from Expo Imaging) two large Flash Benders on light stands each side of the camera being lit by two Yongnuo YN560-III speedlites. I still had to drop the shutter speed quite low though to allow enough ambient light to fill in the background behind the flags.

Here's a few more photos from the ceremony. 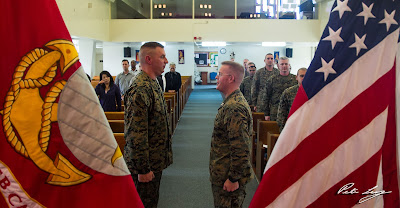 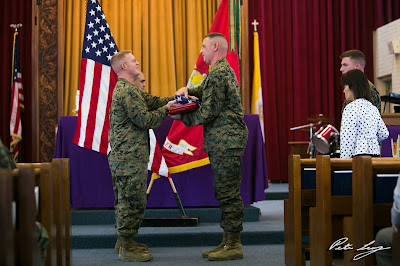 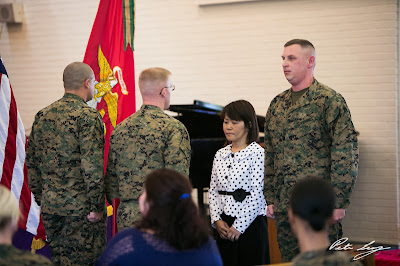 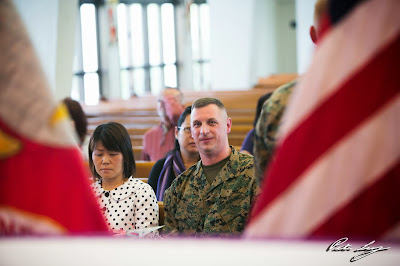 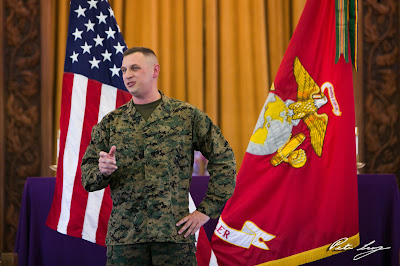 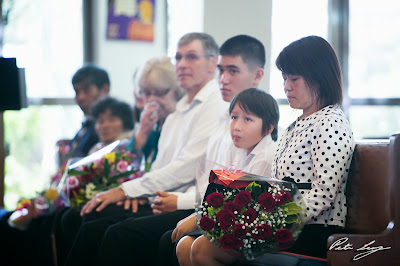 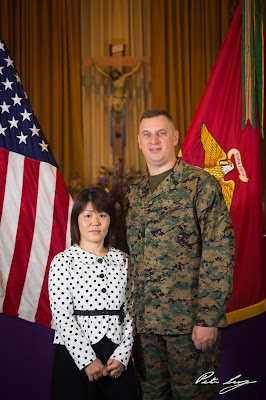 Congratulations and thanks David and Naoko Orr for having me along to your retirement ceremony. I wish you all the best for this new stage in your life.

If your having a retirement ceremony here on Okinawa and would like me to capture your special event for you then drop me an email for details.