When I'm not photographing weddings, couples engagement shoots, families and all that good stuff I love to get out and shoot the ocean or better yet get in it and shoot whats going on down below. Until now I've mostly only used my Ikelite dive housing which is great but weighs a ton, is very difficult to travel with, only suites one camera and one lens which is my Canon 8-15mm f4 fisheye lens on a Canon 5DmkII body and not to mention costs just as much as the camera, great for diving but what about everything else?

For all other times when I just wanted to go for a snorkel, hike through a river to a waterfall, shoot in the rain, snow, mud or even a typhoon I really had no options that would really protect my expensive camera equipment until now. Sure there has been the cheap vinyl camera bag option but that was still awkward to operate controls and wasn't that strong. Now there is a great go between and it's called the Outex. 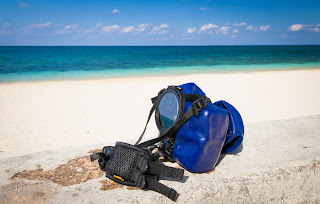 The Outex is made from a super strong molded rubber latex type material with optical glass for the front of the lens and rear lcd screen. The material used allows for a good tactile feel to the buttons allowing you to access the cameras controls, yes even the mode dials although you do of course need to know your camera well enough to use the most of the buttons without actually looking at them as all you can see is through the viewfinder, rear lcd screen and a few of the rear buttons. But if your a half serious photographer you should know where all the main control buttons and dials on your camera are anyway.
Outex make a few different kind of housings each matching various makes and models of camera. Whats nice is the 3 I own can all fit either my 5DmkIII with a battery grip or my 1DmkIV with pretty lens with a 77mm lens thread.
Outex also make various housings catering to things like using your clip on speedlite or even one that will allow you to mount it to a tripod and still be completely waterproof.

Playing with the Outex out front of my house late afternoon in some little shorebreak.

Here's a little video review I made of the Outex while out shooting some Rock Rugby. Unfortunately the visibility was not great this day and the players were playing in quite shallow water which stirred up a lot of sand. But I hope you "get the picture".  Pun intended 8) 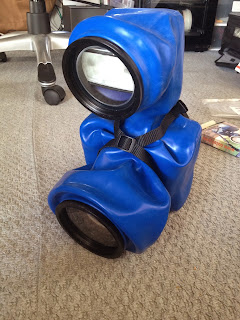 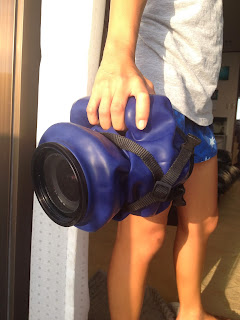 Haruna getting ready to take the 5DmkIII for a dip 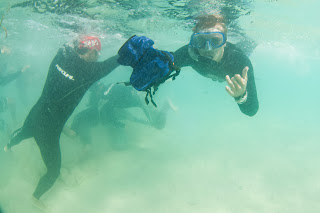 In conclusion there are a lot of things to like about the Outex, its very lightweight and portable making it great for travel, it only takes about 5 minutes to set it up, its modular meaning you can mix and match accessories and camera/lenses and you don't have to fork out $1000+ dollars like you do with regular dive or surf housings then you should give the Outex a try. I have 3 different Outex kits now but to start out with you can get set up from about $400. Not bad considering all the options and adventures it will allow you to shoot that you just wouldn't be conceivable before.

For more info check out www.Outex.com