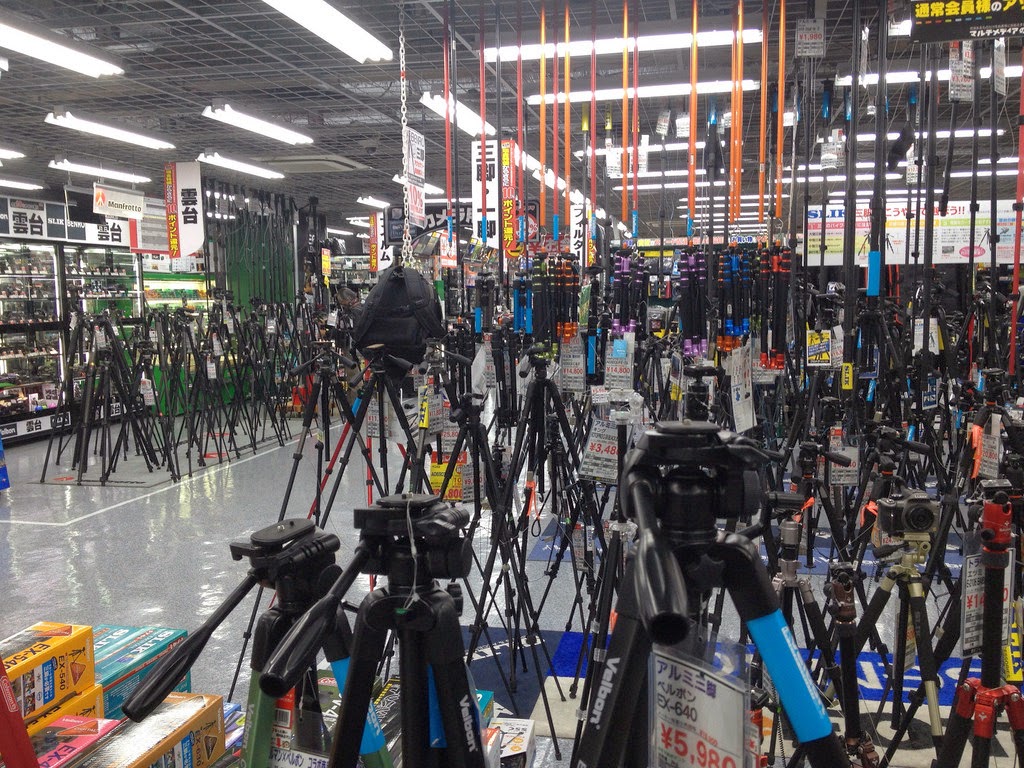 Another one of my random iPhone snap shots made it into Flickr's Explore. For those who don't know Flickr Explore is a thing were certain shots sometimes get chosen out of the thousands and thousands of shots that get uploaded around the world each day and get featured in Explore. I just find it pretty funny that some shots that I put a lot of effort and time into never make it but a random snap shot at my favorite shop gets in...

So the shot above "Tripod city" was taken a few days ago in Yokohama's huge Yodobashi Camera store. I love to visit these camera stores when ever I make it up to mainland Japan as they are just a photographers heaven with floors and floors of photography gear. They make most super markets look like small convenience stores.

I was up in Yokohama to shoot the wedding of Koji & Miku. Koji is a friend I've known from years back when I used to teach business English at Canon in Fukushima. Yes back when I first moved to Japan many moons ago I was only a part time freelance photographer shooting the odd wedding and event here and there.

Anyway back to Yodobashi Camera, I couldn't leave the store without getting a little souvenir from the trip and I found something I have had my eye one for a while now. The Manfrotto MVM500A video monopod. I had originally seen these when I did a DSLR video workshop a few years back and thought they were pretty cool then. That was with an older model which was no longer in stock. So I got this new model with bigger head and I must say it's one very useful bit of kit for both video and still photography.

As you can see in the image below it's able to support itself by its 3 little fold out feet at the bottom.
The fluid drag system makes it silky smooth for panning and tilting and is super quick and easy to set up. I took it for a test run today while out shooting some Flyboarding (Kind of like a water jet pack device for those that don't know) and was amazed as just how easy it was to get smooth video from. 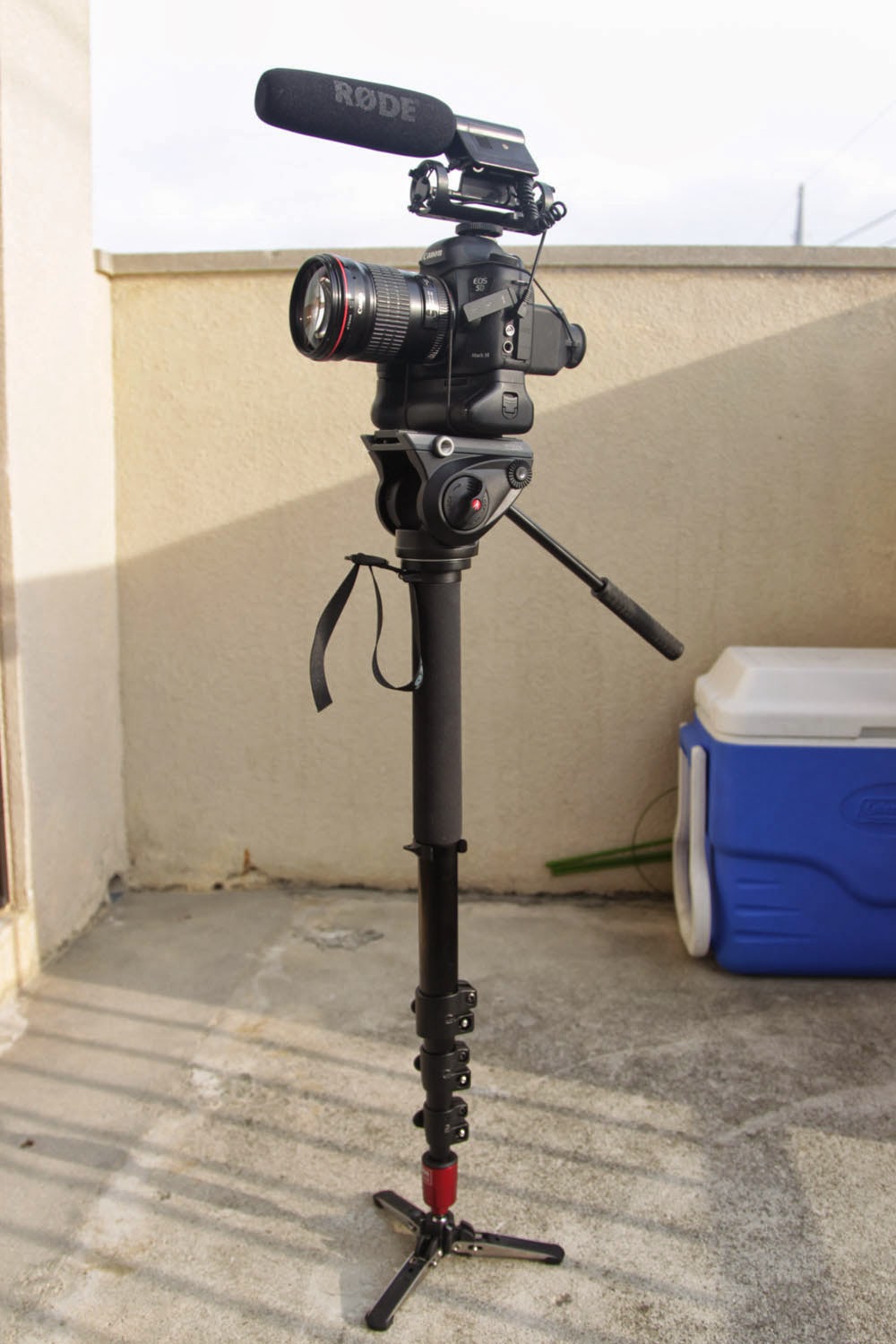 I'll be making a full video review of the MVM500A shortly which will be up on my Youtube channel at https://www.youtube.com/user/doksik

If you can't wait for the video review and want to pick yourself up one of these bad boys you can get them here on Amazon. http://tinyurl.com/mnjtgd2