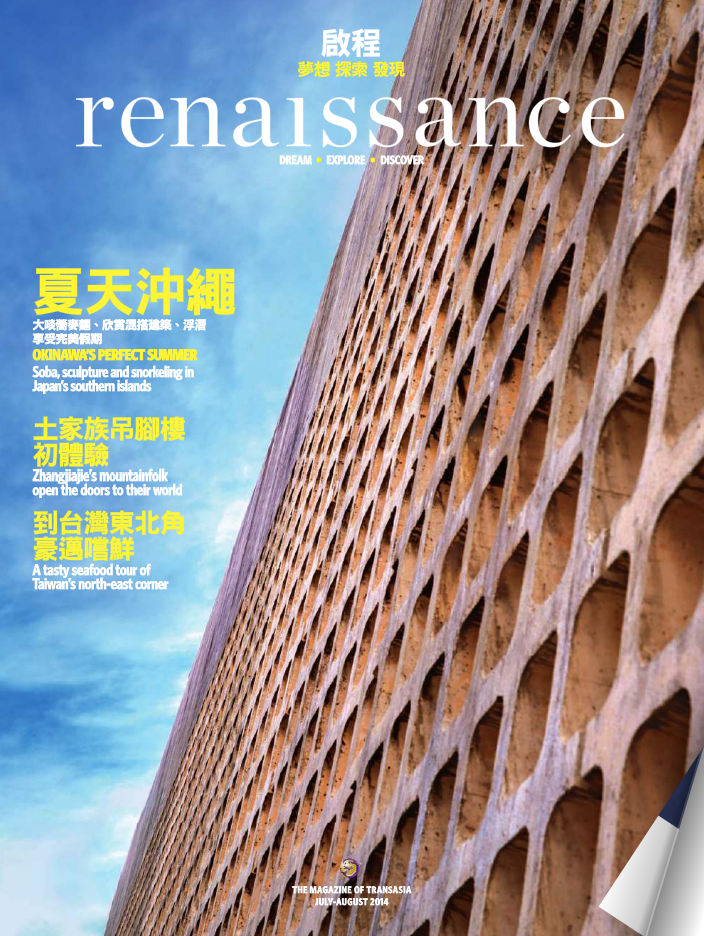 Heres a shot I snagged of the museum in Naha they ended up using as the cover shot.
I thought I had at least a dozen better shots that would have made for a good cover but its not up to me.

I was recently asked to shoot an assignment for Transasia's inflight magazine Renaissance in which they wanted some abstract shots of the art museum in Naha city and the city office in Nago which is known for its unique Okinawan architecture. It was quite a tricky assignment as the weather took a turn for the worst on the day I had planned for the shoot and on top of that architecture photography is not one of my stronger points as Im sure most of you know I usually deal with weddings, families, seascapes and water related photos.
The locations ended up taking pretty much all day to cover as one of the points they wanted was an hour drive north and the other an hour drive south so I set out on my mission to try and make some different looking images of these well known buildings and tried to catch something a bit abstract about them.

Apart from the main buildings they also wanted some general shots of Okinawa that I had already shot in the past and so used a couple of my images from the famous Zanpa misaki lighthouse and an underwater shot of some coral I shot with my little Canon s95 compact camera. This is the 2nd time now I've had a photo published from a point and shoot camera. Who would have thought...

Here are my images used in this months issue below. 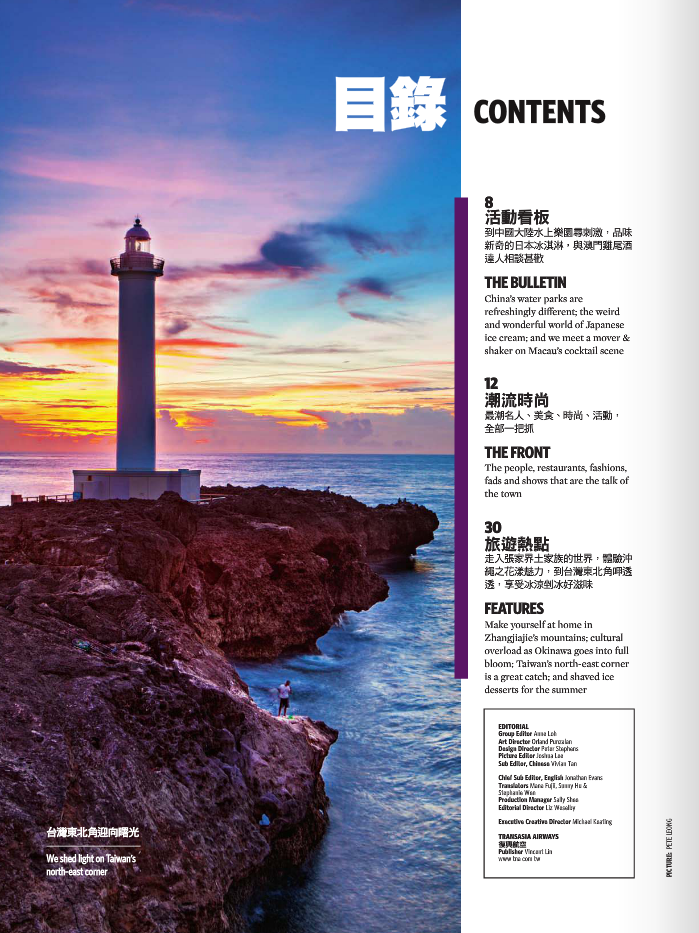 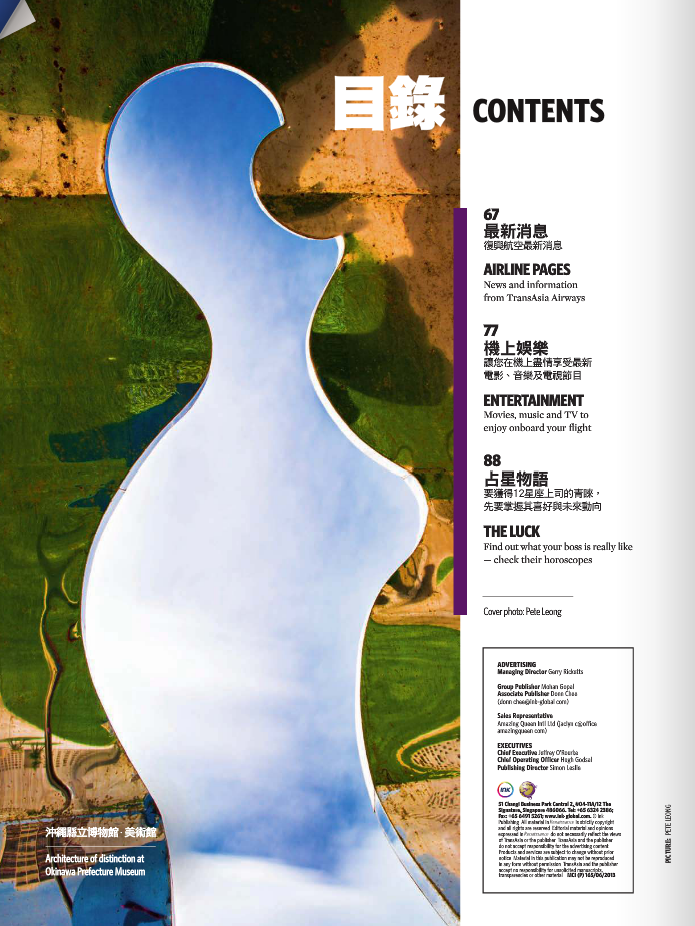 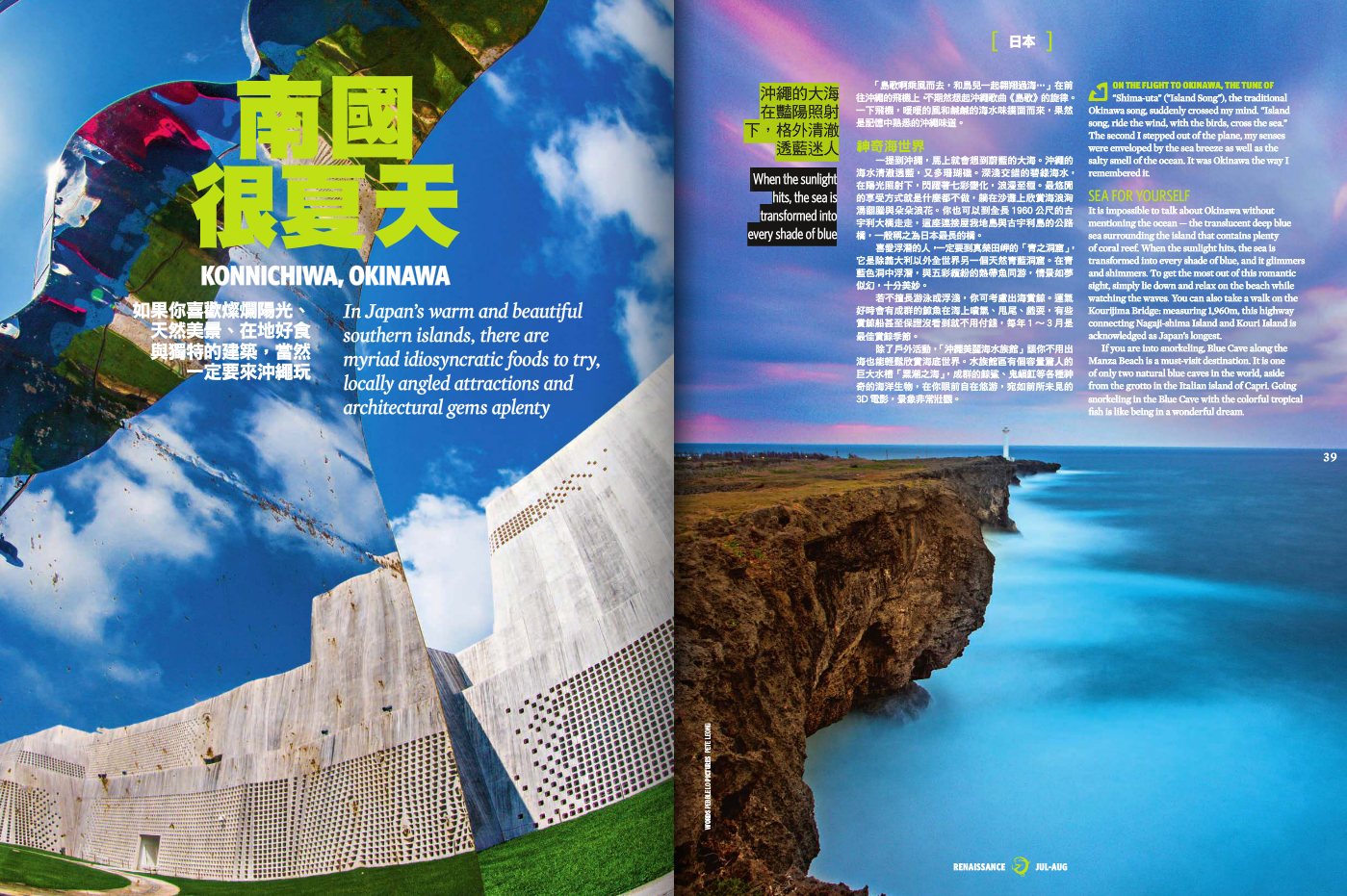 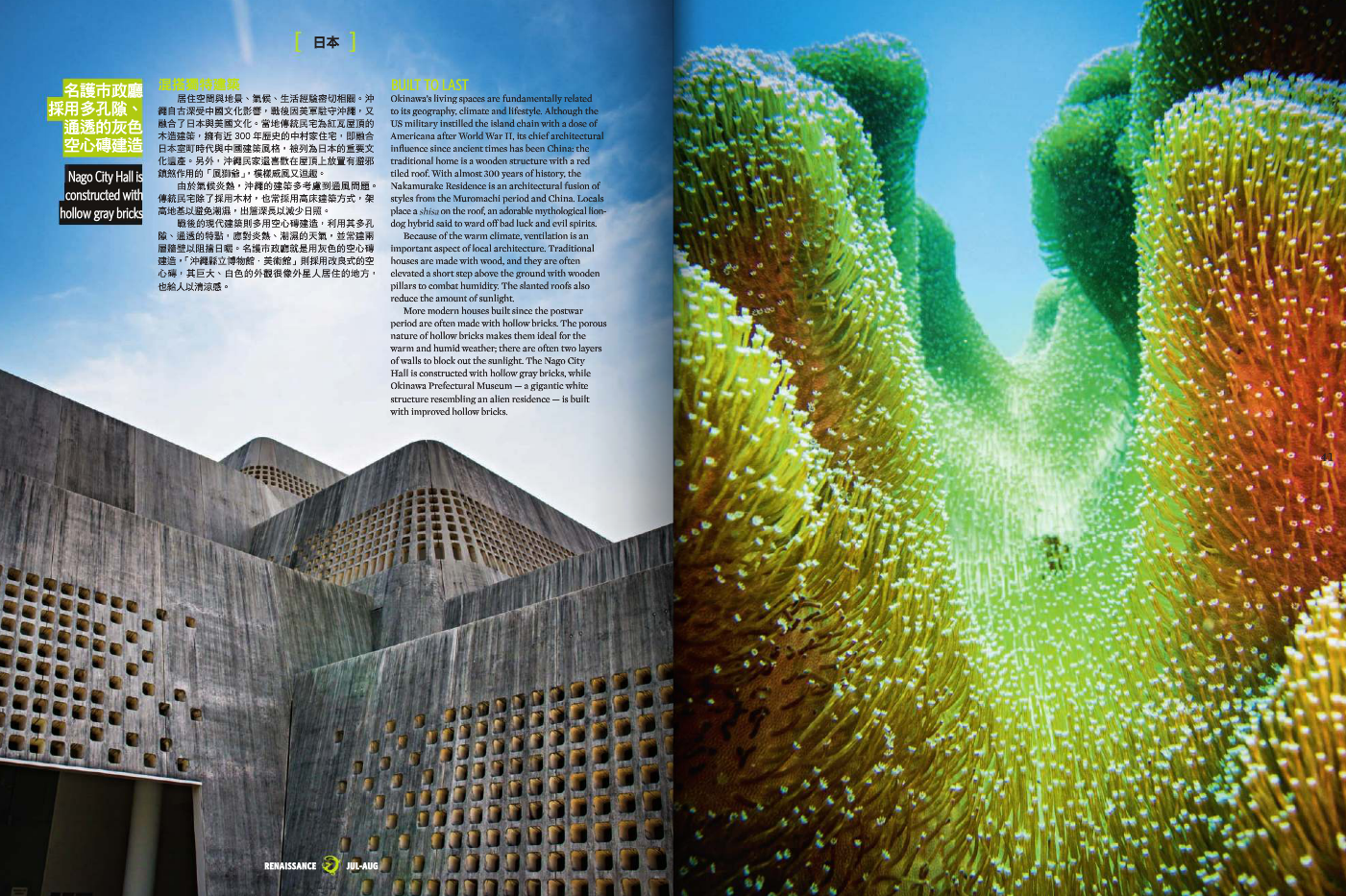 Showing the details of the building and an underwater shot with my little Canon s95
I shot during one dive outing. 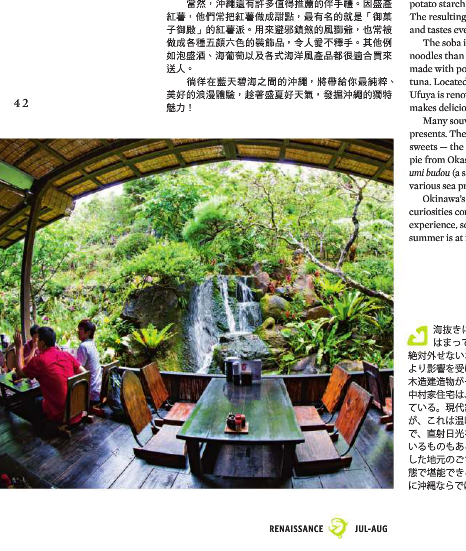 The famous Ufuya soba restaurant in Nago. This was my first time visiting this place and what a great location it is. Very difficult to find but very pretty traditional Okinawa location.
Labels: magazine published