Another of my "how to" articles published in EOS magazine

Its that crazy busy time of the year once again where I don't get as much time as I'd like for blogging and new Youtube videos because of the second peak wedding season kicking in here on Okinawa as the weather starts to cool down a bit after a very hot summer.
Just before leaving for my last overseas photoshoot in Indonesia to cover surfing in the Mentawai islands, I was asked to EOS magazine if I would write another article on how I photographed my water drop type shots. So at around midnight the night before flying out I set up the tank and speedlites again to re enact how I did my original shot of the peppers in the below right shot. 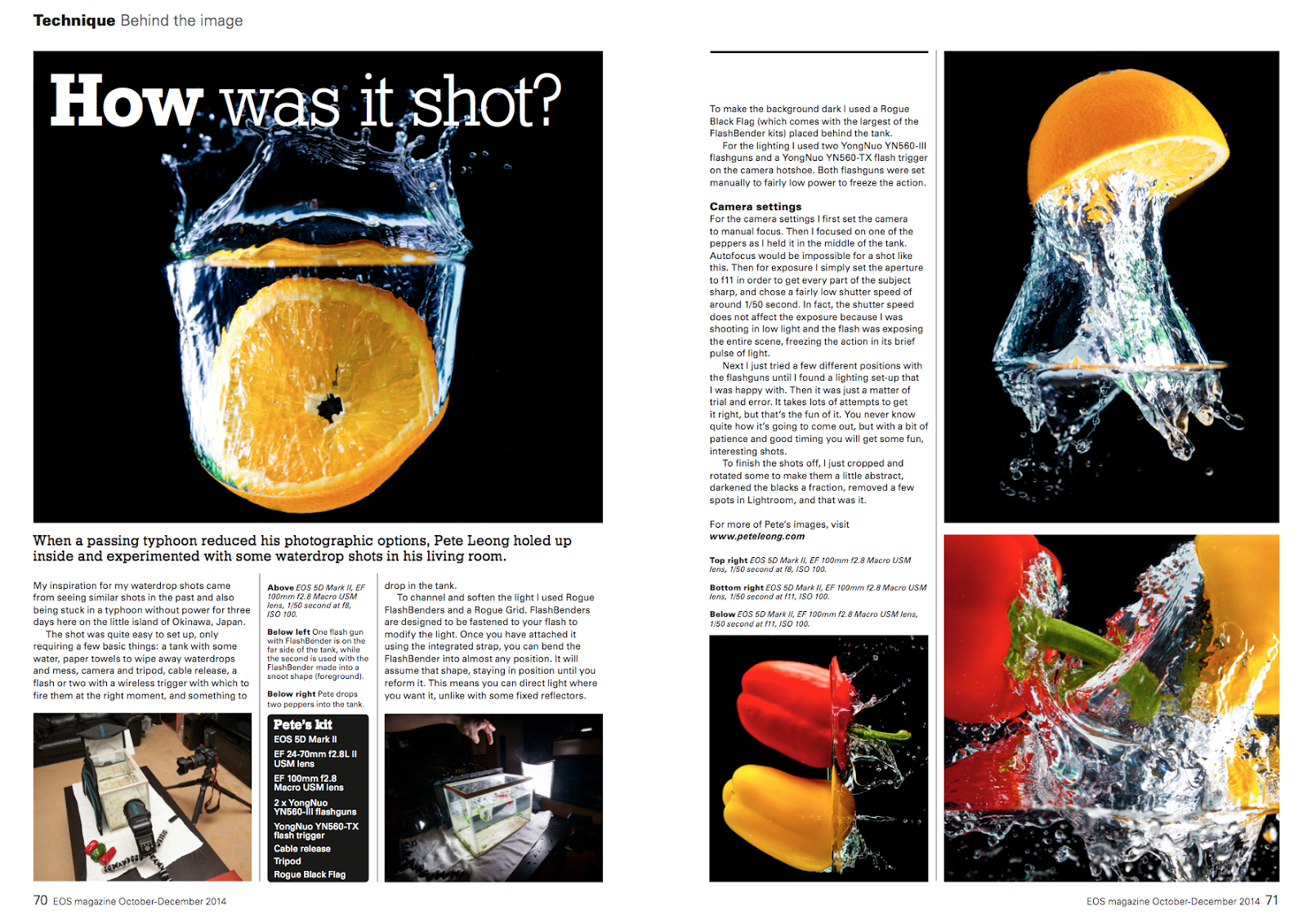 While I had the tank set up I decided to also film a quick little tutorial video on how to do these kinds of shots. Click below to check out that video.

And while on the subject of Youtube Im happy to announce my humble little channel just broke 2000 subscribers woohoo! 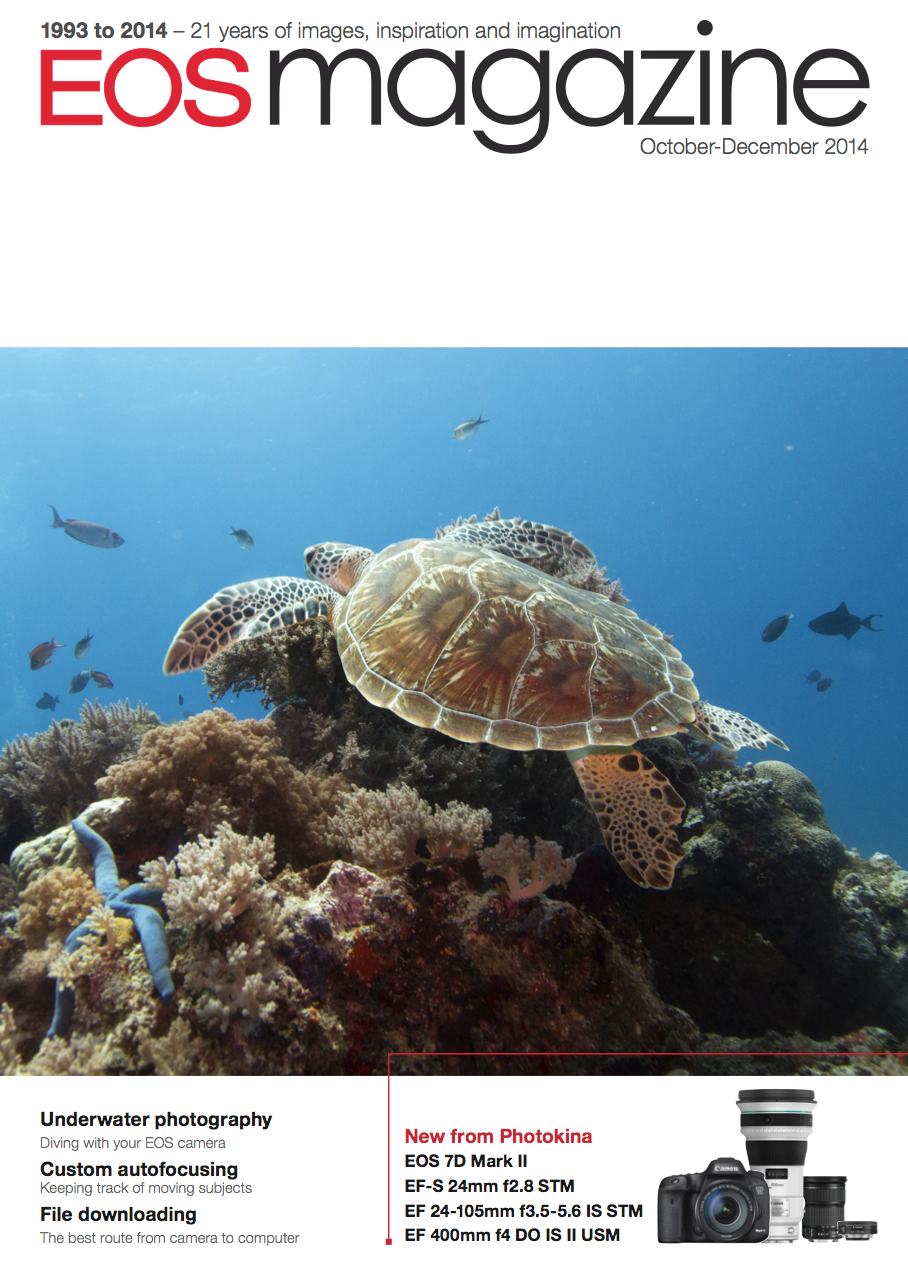