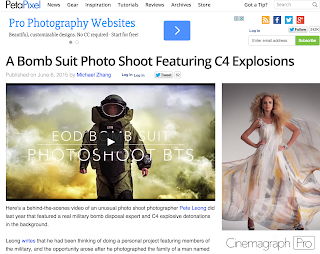 It was a surprise and an honour to recently find that my US Military EOD bomb suit shoot had been picked up and featured by one the worlds biggest photography blogs Petapixel.com!

The shoot originally came about when I had photographed Master Sergeant Matt Small's family photo session here on Okinawa and when he told me what he did for a living I thought it would be awesome to take a portrait of him in his suit doing his job. Matt was able to pull some strings and make it happen. But I didn't think we would also have access to various types of bombs, smoke grenades, and bomb disarming robots etc..

Check out the behind the scenes video of the shoot above

The shoot was mostly shot with my Canon 1DmkIV as I knew I would want to have a fast burst rate to capture the C4 and diesel bombs going off. For the close in shots I was using my Canon 16-35mm f4L lens and for the ones with actual bombs going off I used the 70-200mm f2.8L.
For my off camera lighting for this shoot I chose to bring my two Alien Bee 320ws strobes powered by the Vagabond Mini battery pack


Heres a few images from the shoot. I wanted to make the smoke and some of the images look a bit grungy and edgy so applied some effects in Nik Color efex pro. 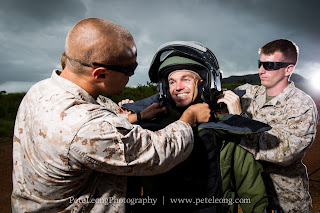 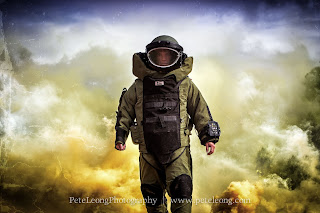 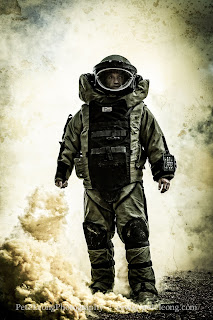 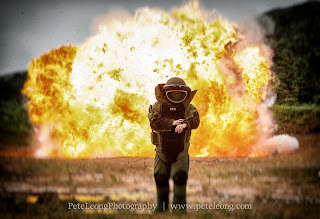 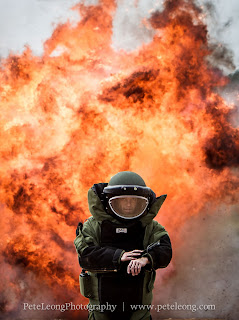 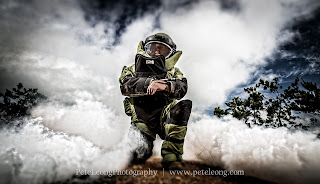 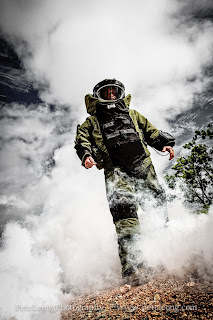 The photos were sent off to the EOD foundation head quarters in the US and they were nice enough to send me out a thank you letter and also an EOD collectors coin.

Eventually I plan to put together a Military action type portrait print series or photo book once I get a few more shoots like this under my belt.


Click the link below to be taken to the Petapixel page featuring my shoot!
http://petapixel.com/2015/06/06/a-bomb-suit-photo-shoot-featuring-c4-explosions/