For about the last year I've been using all Cactus gear for my speedlighting needs after using Yongnuo speedlites for several years before that. Was there something wrong with the Yongnuo's that made me want to switch? No but I was given a whole bunch of Cactus gear from a Japanese supplier to use and test so why not. I've since taken the Cactus gear along with me on hundreds of shoots both here on Okinawa and overseas and have been mostly very happy with them.

In the video I go over the basics of how I use the flash and V6 trigger off camera to light my subjects. I really love the dial on the back of the V6 triggers. They make it fast and easy to quickly change the power of the flash so I don't have to physically go out to each flash to make the changes saving lots of time and frustration. The signal between the V6 and the RF60 is also very good. I've had them fire every time even over long shooting distances. The only negative points I can think of are sometimes the battery door on the flash unit opens a little too easy, sometimes even after a slight bump sending batteries out onto the ground.
Also sometimes it takes a few seconds before the flash units start to react when Im changing the power from the V6 trigger which can be a little frustrating until it kicks in then it works fine.

As for battery consumption I can shoot pretty much all day on a single set of Eneloop rechargeables. Towards the end of the day though flash recycle times do start to take longer of course.
Lately I've been enjoying firing dual flashes at once via a tri flash mount when Im out shooting in bright conditions. By doubling the flash power Im able to stop down to f16 and get a nice star burst effect from the sun while illuminating my subjects in the foreground.

For diffusion I usually use the Cactus CB60 softbox as its light and portable, can fold up really small and the mount system for it is better than the much more expensive Lastolite EZbox. I used to use the Lastolite boxes a lot in the past and they are good but in my experience can fall of the mounts a bit too easy in windy conditions. I've had a few blow into the ocean then the sea water rusts the metal frame inside them and eventually they break. Haven't had that problem once with the Cactus softbox falling off its mount. So all in all Im very happy with the Cactus speedlights and will continue to use them. I still have a few much more expensive Canon speedlites sitting around in my gear draws that hardly get used anymore. Just occasionally if Im shooting an event and I want to run and gun with TTL flash. I just don't see the benefit of spending $500-600 for a Canon or Nikon flash when I can do just fine with a flash that costs anywhere from $70-200. Having said that I do own one $2500 flash system for my location shooting and thats the Profoto B1 with air ttl radio trigger. Expensive combo and it has the extra power when I need it. But to be honest I prefer the Cactus trigger as the Profoto has its own problems as I talk about in the video above. I leave you with a few sample photos with the Cactus RF60 flashes in use. 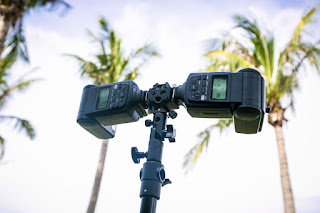 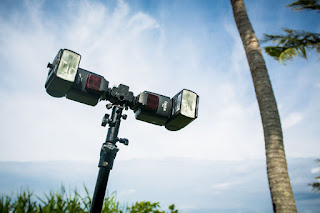 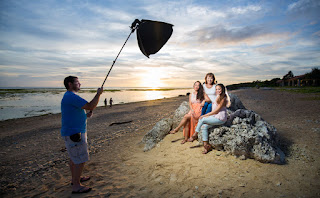 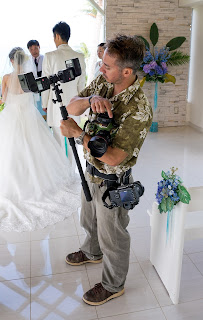