Just returned from a week of photographing the beautiful nature of Taiwan. It was a fantastic trip driving down from Taipei along the stunning east coast right down to the bottom of the island. First though I stopped by "Camera street" near Taipei station to browse the countless camera shops and see if I could get a good price on a Sony A7Rii and a metabones lens adapter while I was there so I'd be able to use it with my Canon lenses that I took along for the trip. I also brought along my trusty Fujifilm XT1 which I planed to most of my shooting with during the trip. Oh and I also took my drone, the DJI Inspire 1 and Osmo so I could get some aerial video and photos over the mountains and ocean. Below is my little video showing Camera street and my little shopping spree I did there.

I've not had much time to edit photos from Taiwan since getting back as I've been slammed with weddings and prewedding shoots but heres just a few I edited so far. 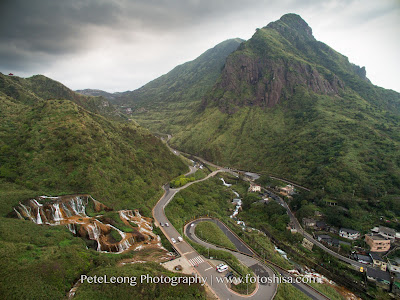 A couple of drone shots taken with the DJI Inspire 1 near Jiufen. One of my favorite areas in Taiwan. Rugged mountains combined with waterfalls and and abandoned gold minding town right on the ocean.

Looking down on the abandoned gold mining factory. 5 images stitched together with the Inspire 1 drone.

Driving along the wild east coast of Taiwan near Hualien. On of the most scenic and dangerous roads I've driven on. So many tour busses and trucks coming right at me on the narrow winding roads. Another panorama taken with the DJI Inspire 1

Flying high in Tarako gorge. Was very difficult to get a GPS signal in here but once I flew high enough it was ok. This panorama was stitched from about 8 images from the DJI Inspire 1.

Higher up on the mountains behind the abandoned gold mining factory. 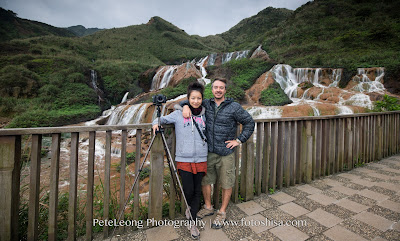 A beautiful road size waterfall near jiufen. Stopped off to take some shots with Jo, the new Sony A7Rii, Fujifilm XT1 and our trusty Velbon tripods from my sponsor 8) 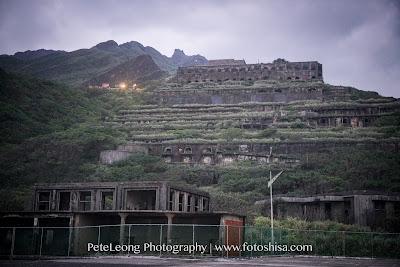 Looking back up at just part of the abandoned gold mining factory. This place is huge! Aerial video of it coming soon! 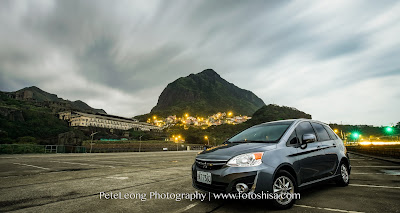 Our trusty rent a car at the base of the mountains. 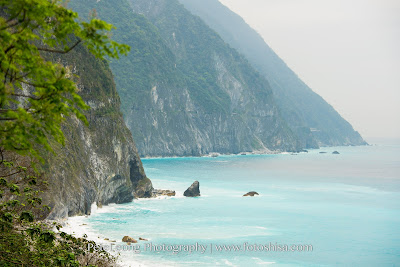 Driving along the rugged east coast towards Hualien. Love this place!

We hiked up higher into the mountains from that temple in the photo below to this beautiful spot.
A panorama made with the Sony A7Rii

My very first pano made with the Sony A7Rii. Huge file! 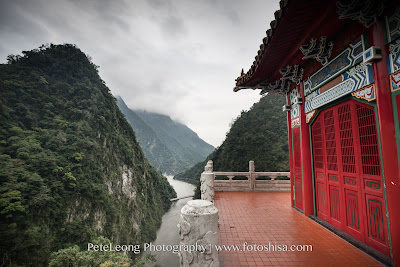 Tarako gorge. We stayed up here for the night at a hotel. Beautiful place! 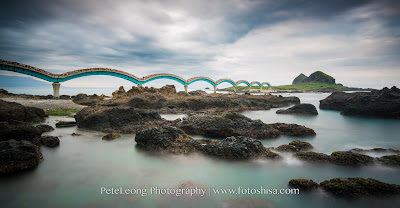 8 arch bridge way down south in 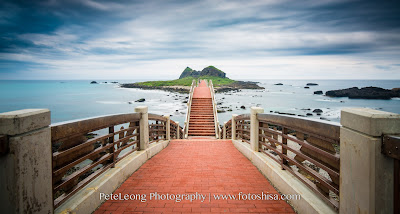 So far loving the image quality and sharpness from the Sony. Surprised to say I think the images are sharper from the Sony with my Canon lenses than my Canon bodies with Canon lenses!! Thats pretty crazy. Not to mention the much better dynamic range and I prefer how the Sony handles white balance better than my Canon's also. Not every thing is better with mirrorless. I wish I could choose M and S RAW with the Sony was I wasn't forced to shoot at 40+ megapixels every image. I don't need that big of a file for all the weddings I shoot but I would never shoot in jpg which does offer L, M and S size. Also I wish I was able to magnify the image faster than how Sony seems to handle it. Unless Im missing something. It seems that when you want to zoom in to check focus on an image it takes you straight to 100% but takes at least 2 seconds of waiting before it shows the image. On all my other cameras including Fujifilm you can just zoom into the image with the scroll wheel slowly increasing magnification and there is no waiting/lag time. Perhaps theres a setting for that I've not yet come across in the messy menu system. Anyway over all Im loving it and its quite a blast to shoot a wedding with a totally silent shutter. Almost not sure Im even taking a photo.

I'll talk more about the A7Rii in an upcoming video once I've had more experience with it. More Taiwan photos on the way also!